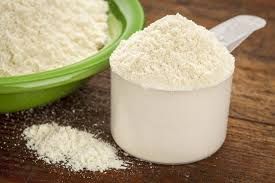 Read the following article carefully taken from the Muslim Food Guide by Mufti Yusuf Sacha and Please be advised that this is the view according to the Hanaafi Madh-hab:

Rennet is an enzyme used in the food industry for the preparation of cheese by curdling milk. Rennet extracted from the stomach of a calf or animal whose meat is Halaal (lawful) after slaughtering in accordance with Islamic Thabh is unanimously Halaal (permissible) for consumption. If the above mentioned animals were not slaughtered in accordance with Islamic law then the Honourable Saahibayn of the Hanafi Legal School, Imam Abu Yusuf and Imam Muhammad, hold the view that the rennet itself is Halaal but its consumption would be Haraam (unlawful) because of its contamination with impure moisture etc. found in the stomach of the animal. According to them, rennet is fluid or viscous [running] and because of the penetration and saturation of impure moisture it would be impossible to purify it, therefore such rennet would remain Haraam.

However, Imaam Abu Hanifah does not regard the moisture found in the stomach of the above mentioned animals to be impure. Therefore the rennet obtained from them is Halaal, according to him.

The permissibility of rennet, therefore, is not really dependent on the slaughterer being Muslim or non-Muslim but upon whether there is life in rennet or not, and whether it absorbs the impurities found in the stomach of a newly born slaughtered calf. This is the outcome of the difference between Imaam Abu Hanifah and his two students, the Saahibayn,

Because of this difference in the opinion of the school, the Fatwa (legal opinion) allows a person to consume rennet (in the form of cheese etc.). Whilst Taqwa (piety) desires abstinence.

Ibn Umar, radhiallahu anhu, narrates that our Rasul, sallallahu alayhi wasallam, was given a piece of Jubnah [Cheese] in Tabuk; he called for a knife, praying the tasmiyya he cut it [and ate it] narrated by Abu Dawud.

In the commentary, is mentioned; in this is proof of the purity of anfahah, because if it was impure then the cheese itself would be impure for it cannot be made without it [anfahah].

Again In this commentary in volume 2, page 79/80 is mentioned, in Bab Mash alal Khufayn, Fasl Awwal.

Tabraani narrates with a good sanad, although Ghareeb, that in one of the ghazawah, cheese was brought to Nabi sallallahu alayhi wasallam; He asked where it was made? Someone replied in Persia or in the lands of the Majus. Place the knife on it [cut it] and eat it. Someone said; O Rasulullah, we fear it may be carrion [Maitah]. He replied pray the tasmiyyah and eat it. Tirmidhi has mentioned a hadith wherein the Prophet was given a pair of leather socks and he wore them, without knowing whether they were pure or not. In the hadith of Salmaan, our Rasul was questioned regarding Jubn [cheese], Simn [clarifed butter] and Faraa’e [leather] together with the fact that it was taken from the lands of the Majus. It was mentioned to Umar regarding Jubn [cheese] and said to him that the rennet of dead animals are put in it [cheese]. He replied pray the tasmiyyah and eat it. Imam Ahmad mentions that this is the most sound hadith regarding cheese manufactured by Majus.

From the above commentaries it is evident that if rennet is derived from an animal that is permissible to eat, despite how it is slaughtered, it is Halaal to eat such cheese, despite the method used in the making of cheese.The rennet formed by the milk drunk by a newly born calf, which is then slaughtered and taken from its stomach is somewhat solid and has the effect of solidifying liquid milk and transforming it into cheese. Its permissibility though seemingly irrational because what is within the womb and stomach is under the law of impurity but the permissibility of cheese is established by Nass [Sharii proof] and agreed, therefore rennet is pure and permissible Fatwa Mazahir Ulum Volume 1 page 110.

2) Mufti Taqi’ Uthmaani, mentions that the ruling of Hadhraat Saahibayn is more cautious whilst that of Imaam Abu Hanifah is extensive or accommodating. If a pious person refrains it is better, whilst if a person is consuming cheese do not stop him. However, the rennet derived from the stomach of a pig is Haraam and Impure, provided its original property and chemical makeup does not undergo any drastic change.

Vegetarian or synthetic rennet, if nothing impure has been added to it will be Halaal. The cheese sold in supermarkets and shops, if it is vegetarian or derived from animals slaughtered Islamically is permissible to consume. On the other hand if it is pig rennet used in the cheese, without transformation then this is not permissible. Lastly, the rennet in cheese from animals other than pig is permissible, but abstention is desirable.

We quoted the actual Fatwa (legal verdict) regarding rennet used in cheese, by Mufti Nizamuddin Sahab in the MFG, and the following points from it are noteworthy.

The reason being that the lawfulness of rennet does not depend upon the slaughterer being a Muslim or non-Muslim, in fact it depends upon whether there is life in it or not. If there is no life in rennet then death cannot occur because life and death are opposites. The circulation of blood in an organ is the cause of life. No blood flows through rennet therefore rennet is not a living organism. To consume and use rennet is permissible. The Honourable Saahibayn’s difference in opinion in this is connected to the fact that rennet is situated in close proximity to impure substances contained in the stomach of the animal irrespective of whether the rennet from the animal was extracted and slaughtered by a Muslim or a non-Muslim.

3.2) If it is known with certainty that rennet is obtained from liquid substance extracted from pigs then such rennet is absolutely Haraam.

3.3) The rennet obtained from an animal slaughtered by a non-Muslim or Muslim in accordance with Islamic law or contrary to it, is in all cases Ja’iz as long as the animal in question is not a pig. This is the opinion of Imaam Abu Hanifah. According to the Saahibayn it is Impure.

3.4) Rennet extracted from plants is Halaal.

During cheese making, a coagulum is formed by clotting milk with rennet. When the coagulum is cut, a watery liquid known as whey is released and drained off leaving the curd to be salted and further processed into cheese. Whey contains water, fat, protein, lactose, minerals and lactic acid. Cream, butter, cheese, drinks, syrups and powder are some of the products made from whey. Whey will come under the same rule as rennet because it is a by-product which appears during the process of cheese making.