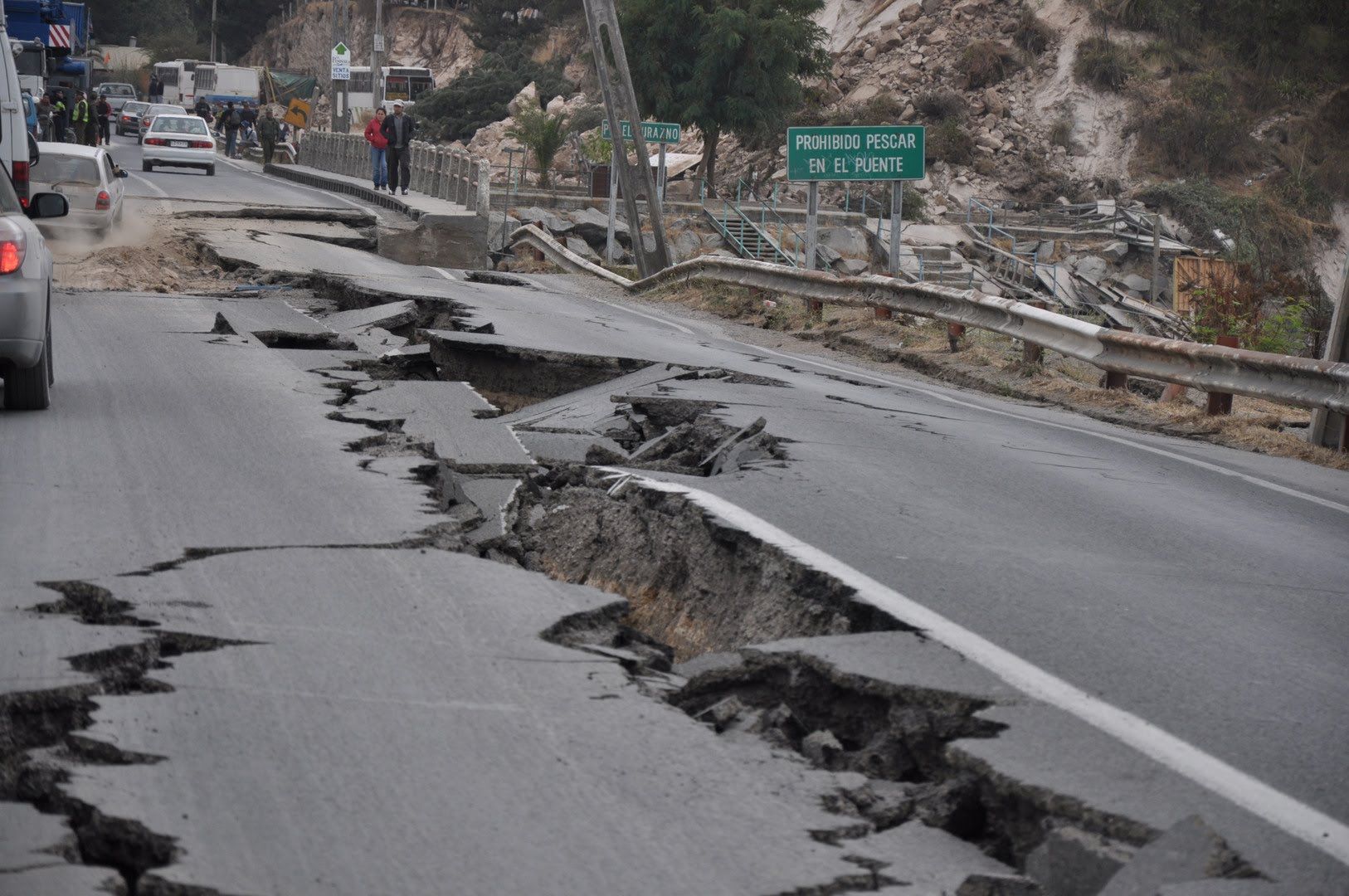 What does Islam say about Earthquakes?

What Does Islam Say About Earthquakes?
What does Science say about Earthquakes?
Earthquakes are caused by the motion of tectonic plates – Individual sections that make up the Earth’s crust like panels on a football. Immense strain accumulates along fault lines where adjacent plates meet. When the rock separating the plates give way, sudden ground shaking movements occur.
The Earth’s crust on which we live is made up of 12 individual plates. Below the sea, they can measure 3 to 6 miles thick, and under land this increases to 20 – 44 miles. Radiation from Earth’s core heats the surface below the crust to temperatures over 5000’c. This makes hot liquid rise displacing cooler liquid which makes the plates we live on move constantly. Of course, they creep along very slowly – roughly the same speed your finger nails grow. Even at this sub snail-pace, the effects can be devastating. The combined annual force of earthquakes is equal to 100,000 times the power of the atomic bomb.
Oh enough of the science; I know what you are thinking at this moment, but I just wanted to draw your attention towards the scientific cause of an earthquake and what Islam has to say about its causes.
What does Islam say about Earthquakes?
Islam deems these scientific observations as external views which ultimately lead to the search of the internal causes of how forces and matter actually originated are controlled and the identity of the controller. The search for the internal cause leaves science and man with many answers/theories unproven and many questions un-answered. In the end you have theories, signs and faith. Islam provides the answer where by drawing our attention to His revelation and the Ahadith (Traditions) of the most perfect human created, our Prophet Muhammed May Allah's peace and blessings be upon him.
They killed the she-camel and defied their Lord’s command and they said, “O Salih! Bring to us that punishment which you promise us if you are from amongst the Messengers”. The earthquake seized them and they became faced down laid in their houses. (Surah 7:77-78)
The earthquake seized them and they became prostrate on their knees in their homes. Those who rejected Shuayb (alayhis’ salam) seemed as though they never lived in those homes and those who rejected Shuayb (alayhis’ salam) they were the losers. (Surah 7:91-92)
In ahadith it is stated:
“Anas May Allah be pleased with him says, “I went into the presence of Aishah May Allah be pleased with our mother whilst someone else was seated with her. The person asked, ‘O Mother of the believers, relate to us regarding earthquakes (as to their cause)’ She turned her face away. I (Anas) asked her, ‘Relate to us regarding earthquakes, O Mother of the believers!’ She said, “O Anas, if I were to inform you thereof, you will live a sorrowful life and you will die in this state of grief and you will be raised on the Day of Judgement whilst this fear is in your heart.” I said, “O Mother, relate to me.” She then said, “When a woman removes her clothes in a house other than her husbands (an indication towards adultery), she tears the veil between her and Allah. When she applies perfume to please a male other than her husband, this will be a source of fire and a blemish for her. When the people then begin to commit adultery, consume alcohol and use musical instruments, Allah becomes enraged in the heavens and orders the Earth to shake them. If they repent and refrain, then it is good for them, otherwise Allah will cause it to fall upon them.” I asked, “Is this their punishment?” She said, “It is rather a mercy, means of blessings and admonishment for the believers, and a punishment, display of anger and torment for the unbelievers.”
Isn’t this narration a wake up call for us Muslims? Aren’t the reasons crystal clear in the above narration? Can any Muslim deny that drinking, music and adultery are not common issues in communities today?
How many times have we heard the unlawfulness of these things, but our ears are gradually turning deaf because our hearts are not prepared to accept Islamic advice.
Our turning away from Allah simply results in Allah’s anger, and this is why Muslims suffer many calamities. You must remember that Allah warns his people and he gives enough time for his servants to repent, but if they still don’t take heed, then Allah only shows a slight spark of his anger which results into cities and countries left helpless when struck by disasters.
hese calamities will not be labelled punishments sent by Allah, but only a warning and a test for other Muslims to wake up to the reality. Remember, Allah punishes the disbelievers and he tests the believers.