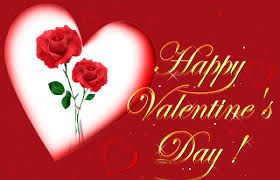 Valentine’s Day
Another Day Approaches When Muslims Become Inane And Participate In It With Much Excitement.

Every 14th of February across the globe, couples give each other gifts as a sign of their love. Most of them do not even know why they are celebrating this day and what the origin of this day is. Despite what other people are doing, even across the Muslim world such acts are carried out on this day as well.

Historians link this day to a certain St. Valentine. The Catholic Church identifies three saints who were named Valentine and where all martyred. There are variations in the origin of this day. Some say that this day originates from a Roman called Valentine who was asked to give up Christianity but refused to do so and thus was killed on 14thFebruary 269 C.E., the day which was also allocated to love lotteries.

Another tradition arises from the time of Emperor Claudius II. He came to a conclusion that single men made better soldiers and thus made it illegal for young men to marry. No wives, no families – hence better soldiers.

During this time St. Valentine was a priest at the temple and he found the actions of Claudius outrageous and thus defied the emperor by marrying off young men in private. When the emperor became aware of the actions of Valentine he sent him to jail, and according to certain sources he was to be put to death. In 496 C.E., the 14th of February was set as a day to honour St. Valentine by Pope Gelasius.

Some legends also inform us that St. Valentine fell in love with the Jailer‟s daughter who would visit him often before he was put to death. It is also stated that before his death, Valentine wrote a letter for her (sort of a love letter) and signed it off as “From Your Valentine”. One cannot point to the exact origin of this day however one thing is for certain that regardless of which version of the story holds to be true, it is an event which the Muslims were not asked by our beloved Prophet Muhammad (PBUH) to celebrate; it is a day with origins deep within Christianity and not Islam. It should also be noted that Christianity as a religion does not ask its followers to celebrate this day.

This day is a complete innovation by man. It honours a saint not of the Islamic religion but of Christianity. It is also important to point out here that in the pagan Roman days, mid-February was allocated for the festival of love. Every year Muslims spend a lot of money buying chocolates, jewelleries, cards and a range of other gift items. While it is perfectly okay for married couples to give each other gifts, it is most definitely against Islam for unmarried „couples‟ to follow these practices. Islam recognises „love‟, but does not recognize „love affairs‟. So why do we forget teachings of the Prophet (PBUH) and Allah (SWT) so easily?
First let me point out that when I said above that it is okay for married couples to give each other gifts, I certainly did not mean that they should do it on this particular day. In Islam a husband and wife should express love for each other every single day hence borrowing the name given to 14th of February, I would say that everyday should be a Valentine’s Day for the husband and wife.

So what happens when a husband and wife go out of their way to express their love for each other particularly on this day? When the child sees that his or her parents are going out of their way on this particular day, he or she would automatically start to associate this day as being one in which you are to express you love for your loved ones and thus even unintentionally we as parents would be teaching them that this day is actually of some significance.

As Muslims we should know and realize the importance of our religious teachings. Islam in itself is a religion of peace and love and thus we are to express our love not only towards our parents, wives/husbands, and children but also towards our neighbours, poor & needy, all of the Muslim Ummah and humanity at large. We are to express this love and care for them throughout the year; no one particular day is needed for us to express our love for others.

To a Muslim, Islam should be the first and foremost priority and we should not blindly imitate the rest of the world. Just because someone else wants to follow a day does not mean that we as Muslims should do the same. We are told by Prophet Muhammad (PBUH) not to imitate the non-Muslims, then why do we repeatedly imitate them.

Islam is a complete way of life, and we are to follow this complete way of life if we want to come close to Allah (SWT). We should not be party to the irreligious practices that take place on that day; Muslims or non Muslims. As being part of the Muslim Ummah we should boycott such man-made innovations and not be a part of it. Insha-Allah we should all make a conscious decision to move closer to Islam rather than away from it by distancing ourselves from such un-Islamic practice.