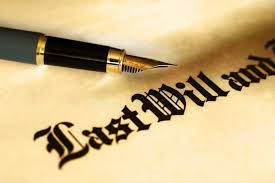 The Significance Of Making A Will In Islam

he Significance Of Making A Will In Islam
Unquestionably It Is One Of The Most Sensitive Subjects Of All And Yet Little Attention Is Given To Writing A Will. In Accordance With Shariah Law This Issue Has Been Dealt With In Several Verses Of The Holy Quran And In Some Hadiths:

‘it is not rightful for a Muslim person, if he has anything to bequeath, that he sleeps two consecutive nights without having a Will written with him (Narrated Abdullah bin Umar Bukhari, Volume 4, Book 51, Number 1)’

So why is it important to have a Will and must it be written? A Will in its basic form is a set of instructions left by the deceased for his appointed trustees or guardians for the benefit of his nearest and dearest. These instructions deal with the distribution of his estate among his beneficiaries, and also deal with his instructions for example who is to take care of the young and pay for their education or maintenance, paying the mortgage, elderly care, funeral arrangements and so forth. These instructions can vary depending on the size and value of the estate.

It is not a fundamental requirement for a Will to be written but it certainly does help when there is a dispute between the beneficiaries over who is entitled to what from the estate. It also assists trustees when applying for probate and can save court time and cost in contested probate litigation which is often lengthy and expensive. So, in cases where the family of the deceased is left without any money and the bank has frozen the deceased’s assets, the court can exercise the wishes of the deceased and grant an order to release money as per the Will intended.

The benefits of writing a Will are many. It helps the person to consider carefully his obligations towards his next of kin, funeral arrangements, appoint trustees and guardians in the case of children, plan his tax & trust liability and deal with the concept of ‘fidya’. Fidya is compensation which is usually paid when a person has missed his obligatory fasts, prayers, zakat, hajj and so forth. Provided he has the means to pay and this does not exceed 1/3 of his estate.

However it must be borne in mind that he is obliged to make up these in his lifetime while he has the ability and means to do so.

‘A man and woman makes ibadat of Allah Ta’ala for 60 years but when the time of death comes, they make a Will that causes harm to the heirs jahannam becomes compulsory on them.’ (Narrated by Hadhrat Abu Hurairah (R).

Having dealt with the issue of writing a Will and this being written down for reasons aforementioned, an Islamic Will must apportion a fixed share for each of the beneficiaries. The percentage each beneficiary receives is set out in Surah Nisa, Chapter 4, verses 7-11.

For example, if a single person passes away and he has something to give, he must leave 2/3 of his estate to his father and 1/3 to his mother. He does have the option to leave up to 1/3 of his estate to other family members, friends or charity but this share cannot exceed 1/3 as it would then mean he is giving away part of the fixed share his parents are entitled to receive, or causing them ‘harm’ for the purposes of the above quoted hadith.

A Will also helps plan ones tax and trust liability and in most cases this can be reduced or even eliminated altogether. Inheritance tax or ‘death tax’ as it is sometimes known is not a compulsory tax but rather it is only payable upon death. Currently the tax free threshold is £325,000 which means if the deceased owns property worth more than this amount; it will attract a 40% tax on death. So if we assume the estate was worth £425,000, a £40,000 tax would be payable to the HMRC on death. This would be binding on the beneficiaries and in most cases they would have to sell the assets of the deceased to repay this tax.

However, by careful planning, this can be avoided.

It is recommended that a Will is updated at least every 5 years to account for changes in domestic and financial circumstances. Where a party is married or divorced or property is bought and sold, a Will should also be made.