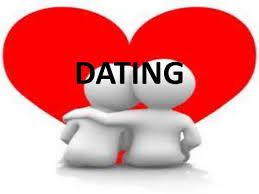 The Dating Game
Many Unmarried People These Days Search For “Love” In A Series Of Premarital Relationships, Which Far From Yielding Happiness, Lead To Nothing But Spiritual Degeneration, Loss Of Self-Respect, Heartache And Misery.


When the average girl reaches the age of ten or eleven, she - sometimes with the knowledge of her parents, sometimes without their knowledge - becomes engrossed in and obsessed with the teen romance novel: a blonde, blue-eyed girl, with a perfect figure, falls in love with the football hero of the school, a few complications on the way (nothing major, of course), but things end happily after.

In these novels, girl and boy might hold hands, or there might even be a kiss, thrown in somewhere along the line.

By the time the impressionable reader of these novels reaches her late teens, she is sick of these story lines...and is searching for more.

And in most cases, “more” is usually available right there in her home, tucked away at the bottom of her mother’s cupboard, in the form of adult romance novels.

The holding hands, and the kissing has now made way for much more, as details of pre-marital passion, and the fulfilment thereof are graphically spelt out on these pages.

The reader is told what the “perfect body” is supposed to look like, the notion that sexual intercourse before marriage is sweet and romantic, seeps through these pages...the feelings of degradation, and the many possible consequences thereof are conveniently left out.

A fairy tale is a fairy tale, we tell ourselves, a book is a book...they have no implications on real life.

Surely our daughters understand and accept this...

But we are deluding ourselves. These same “harmless” fairytales and books, have a detrimental effect on the thinking, lifestyles and attitudes of our children.

The first “crush”/infatuation our daughters experience in relation to members of the opposite sex, is often linked to false perceptions about “dating,” perceptions to which a wide variety of factors contribute.

And one of the main factors painting a sugar and candy image of pre-marital romances, are these shallow bits of reading material that our daughters are exposed to.

It is no strange co-incidence that girls grow up believing that a boyfriend is the key to happiness...after all they have barely started walking, when the stories of the poor ill-treated Cinderella, saved only by a dashing prince, and the beautiful Snow White woken up by a prince, and the doomed Rapunzel, saved from the tower by...who else - a dashing hero, are told to them.

And when they read romance novels, this theory is further reinforced - for, in the classic teen romance novel, the girl without a boyfriend, or sweet sixteen and never been kissed” is the poor, laughing stock, who doesn’t have a date to the “prom.”

And on the pages of a typical adult romance novel, the heroine is always a successful, beautiful career woman, but, she feels, that “something” is lacking in her life...and that “something” is naturally a man.
It is improbable that the average teenager, would just read these books, and that there would be no impact on her mind.

It is usually exactly the opposite: she wishes she was the person on the pages of the book, and transfers her fantasies to her real life.

She might see someone at school, who is popular, and good-looking [i.e. the football hero], and so begins her first painful crush, which is accompanied of course, by sending him anonymous ‘Valentine’s Day’ cards, or calling him and playing songs over the phone.

By the time the boy “asks her out,” her Nafs has gotten the better of her, and her head filled with the notions of how sweet holding hands before that first kiss must be, she cannot resist.
And so begins a “relationship.”

But this has all the ingredients that a classic romance novel does not....for those candy-coated pages do not tell you about the heartbreak, the tears, the mood swings and the countless negative aspects that are the central to these relationships.

And they do not tell you about the degradation and the loss of self-respect, with which people, especially women, emerge, after these relationships.

For there is no peace, no tranquillity in such relationships. The daily cycle, the moods, everything about the individual is affected.

There is a certain sort of darkness, a restlessness which fills the heart, and this restlessness affects the rest of the family too.

For it is now that all the arguments with the parents start: “Why can’t I go out tonight? All my friends are going?”

And there are the mood swings, the fluctuating eating habits...if the phone doesn’t ring, then it’s a case of “I don’t feel like eating.”

And then there is dishonesty...unable to tell her parents where she really wants to go, she makes the excuse of having to go to the library to study for tomorrow’s test.

The ending of each relationship is most often marked by a long periods of torture, in which the girl has to “get over” the boy.

Everyday life becomes a misery...her marks drop, daily moods start to depend on the current state of her relationship with the boy and many girls, totally misled by Shaitaan, even makeDu’a for a “reconciliation.”

During this period the girl is ravaged by guilt, because deep down in her heart, she is aware that what she has done is Haraam, and she also feels guilty about lying to her parents.

If there was a physical aspect to her relationship, then these feelings of guilt are deeply accentuated and coupled with a total loss of self-respect.

In the worst possible scenario, which is frequently happening, the girl, in an effort to improve her “self image,” may turn to various other ways...smoking, clubbing, drinking and drugs...or she may embark on a series of flings just to make herself feel “special” again.

In short the “relationships” so sweetly portrayed in romance novels, which speak only of chocolates, flowers and happiness, end right there: on the pages of the novel.

In real life, such relationships lead to nothing but unhappiness and heartache.

For how can there be any real happiness in a “love” inspired by Shaitaan?

This type of “love” far from being pure and sacred falls into the category of fornication.

And regarding fornication, Allah Ta’ala says in the Holy Qur’aan: “The woman and man guilty of adultery of fornication, flog each of them with a hundred stripes: let not compassion move you in their case, in a matter prescribed by Allah, if ye believe in Allah and the Last Day: And let a party of the Believers witness their punishment.” [Surah An-Nur:2]

How can there be any long term happiness in a sin for which the punishment prescribed is so severe?

But while keeping in mind the above injunction, we should also not despair of the Mercy of Allah Ta’ala...for we cannot even comprehend the vastness of this Mercy.

We need to realise and to tell ourselves that there is only temporary satisfaction of the Nafs in a pre-marital relationship. We need to terminate any such relationship which we might be involved in, and sincerely make Taubah to Allah .

As difficult as it might be to end such relationships, once we realise and acknowledge to ourselves that the novels to which we are exposed to from such an early age are totally based on a Kuffaar way of life, which appears to be very appealing from the outside, but which bears no contentment, no real happiness, it will insha Allah, be easy to do so.

In addition to painting a rosy picture of dating, these books also create a very wrong concept of what the ideal partner should be like.

It is obvious that since they are Kuffaar publications, there is no stress on piety, good Akhlaaq, honesty and all the other qualities people should be searching for in a potential marriage partner.
Instead these books promote superficial thinking, with all their emphasis on “good looks,” “ figures,” “star football players,” “smart cars,” etc.

We should realise, that while it is natural to be embarrassed to discuss such aspects of Islam with them, it is infinitely better for them, that we impart the correct knowledge of an Islamic way of life to them, than allow them to acquire the totally wrong concept of “love” from books, television, movies, and their friends and environment.

It should be explained to each teenager that the pre-marital relationships, the engagements, etc to which we attach such a great deal of importance in this world have nothing but a negative bearing on our lives in the Aakhirah.

It should be time and time again instilled into their minds that pre-marital relationships are a sin...Nikaah is an Ibaadah.

Allah Ta’ala has Created men and women with natural desires, and He has Created Nikaah as an institution in which these desires maybe fulfilled.

A Nikaah in which both, husband and wife are striving to fulfil their obligations to Allah Ta’ala, such a Nikaah will be filled with the mutual respect, love and inevitably, the contentment, which we hopelessly search for in pre-marital relationships.

Within the sacred context of a Nikaah, in which both parties are obedient to Allah Ta’ala, and adhere to His Commandments, there can be no room for the loss of respect, feelings of degradation, etc. which goes hand-in-hand with “going out” with or “dating” someone.