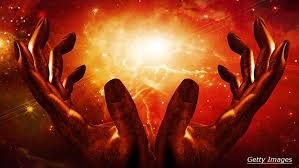 Sorcery and its Dangers

Sorcery And Its Danger
Praise Be To Allah, Who Removed The Depths Of Darkness With His Guidance, Brought To Life The Nations With His Revelations, And Completed His All-Encompassing Favors On Us. I Testify That There Is Not God But Allah, With Whom There Is No Associate. He Invited Us To Adopt Monotheism And Forbade Us From Polytheism.

O Believers! After the Islamic communities had been the harbor of monotheism and the shelter of Faith, and the fort of creed, some of these communities, most of them, become vulnerable to the currents of polytheism and jugglery became firmly established in them.

The world of magic is a strange one. Its surface appears to be attractive, while its core contains dirt and rot. The devils enslaves magic and magicians, as well as their followers to the sun, the moon, the stars and idols, then to his villainous self.

Magic was and still is a slip from which mankind reaped bad fruits. It is a disformed figure and a hand stained with the blood of innocent people. It stole joy from the homes of many people and removed smiles from their lips. It has a black history, whose darkness is derived from its effects and the perversion of its followers and seekers.

Allah the Almighty blamed a group of the People of the Book who abandoned the book and were instead given to magic. Allah the Almighty says which translates as: “And when there came to them a Messenger from Allah, confirming what was with them, a party of the People of the Book threw away the Book of Allah behind their backs. As if (it had been something) they did not know! They followed what the evil ones gave out (falsely) against the power of Solomon: the blasphemers were, not Solomon, but the evil ones, teaching men magic” (Al-Baqarah: 101-102).

Magic has become widespread here, there and everywhere. No nation has ever been safe from it. It was used as a tool to enslave people to other than Allah. It was even an effective tool used against Messengers and messages, in the war kindled against them. It was also a ready-made accusation made against every prophet who called to monotheism and warned against polytheism.

Magic has many connotations: It may mean trickery and presenting falsehood instead truth, or it may mean evil-doing. Islamically it means some sort of spells,charms and knots used to affect the bodies and hearts of people making them sick or leading to their death, or causing separation between husband and wife. These are practiced by male and female witches. In order to be well-versed in witchcraft, a long course is followed, ending with disbelief in Allah.

Do not be disturbed to learn that they wear the Qur’an as shoes on their feet, with which they enter toilets, and write the Qur’anic verses with stool or with menstrual blood. They sacrifice animals to other than Allah. Some have intercourse with their mothers and daughters, while others prostrate themselves to stars. These disbelieving acts made by a witch or magician are proofs of his/her being well-versed in witchcraft and his/her being an intimate friend to Iblis, may Allah curse them. Allah says which translates as: “Verily he who comes to his Lord as a sinner (at Judgment), for him is Hell: therein shall he neither die nor live” (Ta Ha: 74).

The greater the witch or magician in disbelief, the more obedient the devil will be to him. Allah says which translates as: “… if anyone assigns partners to Allah, he is as if he had fallen from heaven and been snatched up by birds, or the wind had swooped (like a bird on its prey) and thrown him into a fardistant place” (Al-Hajj: 31).

The magician or witch thus complies to the will of Iblis, to disobey Allah and incur His wrath. In the Holy Qur’an it is reported that Iblis said which translates as: …”I will take of thy servants a portion marked off;” (Al Nisa’: 118) “Thus will Allah show them (the fruits of) their deeds as (nothing but) regrets… (Al-Baqarah: 167).

One who practices magic or witchcraft is a disbeliever, according to the agreement of Muslim scholars. They, in support, quote the Qur’anic verse saying which translates as: “But neither of these taught anyone Sorcery and Its Danger.